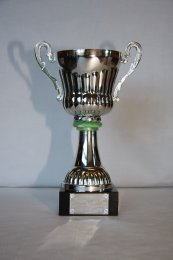 The purpose of the Elmo Memorial Trophy is to give due recognition to, and encouragement of the Newfoundland in the art of water work, that is one who performs well in working tests.